Partido State University underwent and passed the ISO 9001:2015 Recertification Virtual Audit by the TÜV Rheinland Philippines with zero minor and major non-conformity on May 4-5, 2021, via the Zoom app. 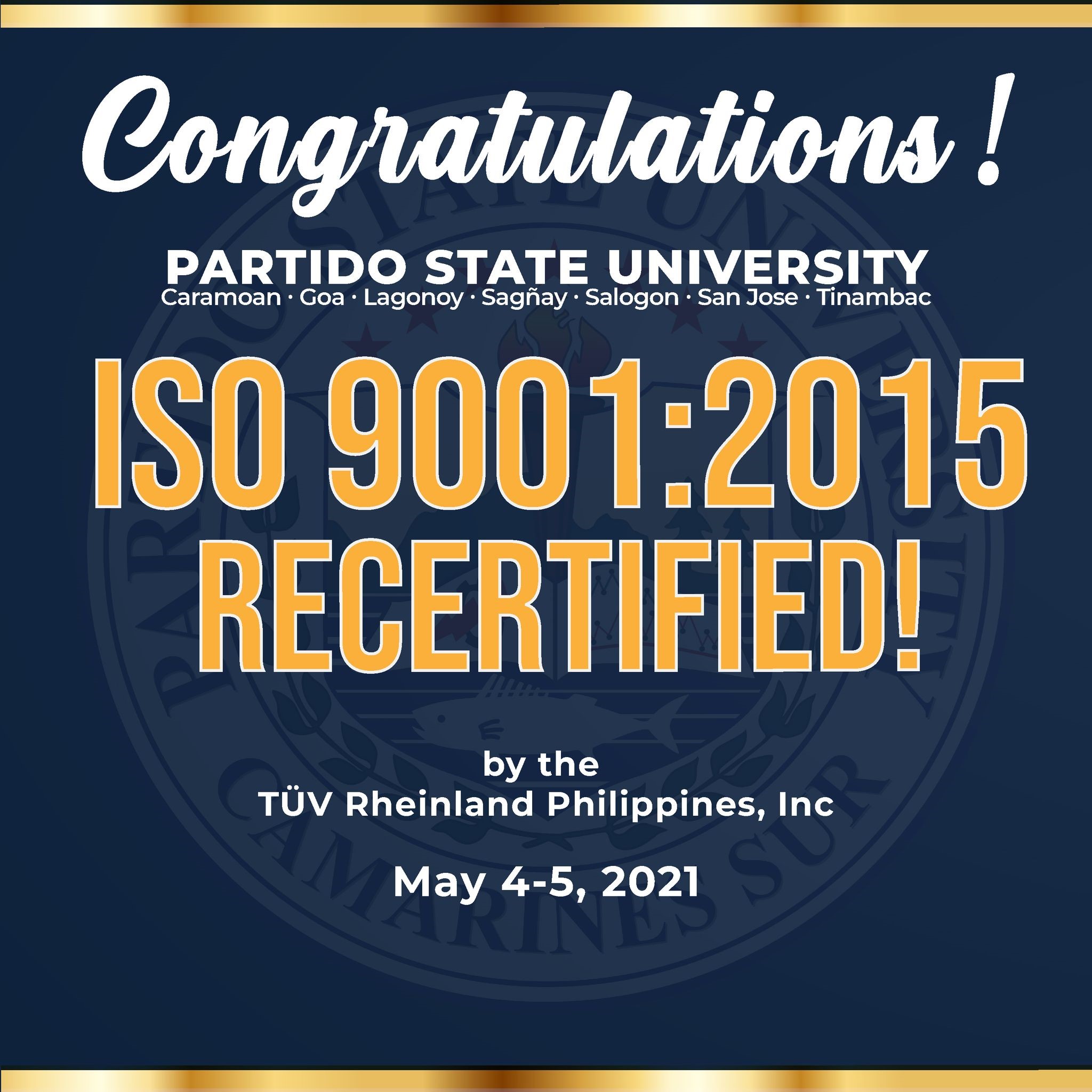 The audit team was composed of Michelle A. Pestañas (leader), Jogina Mendiola, Fronie Aligway, and Rafael Magsino. All of the auditors sat down with the top management then were each assigned to different breakout rooms to audit the offices of the main campus and San Jose and Lagonoy Campuses. 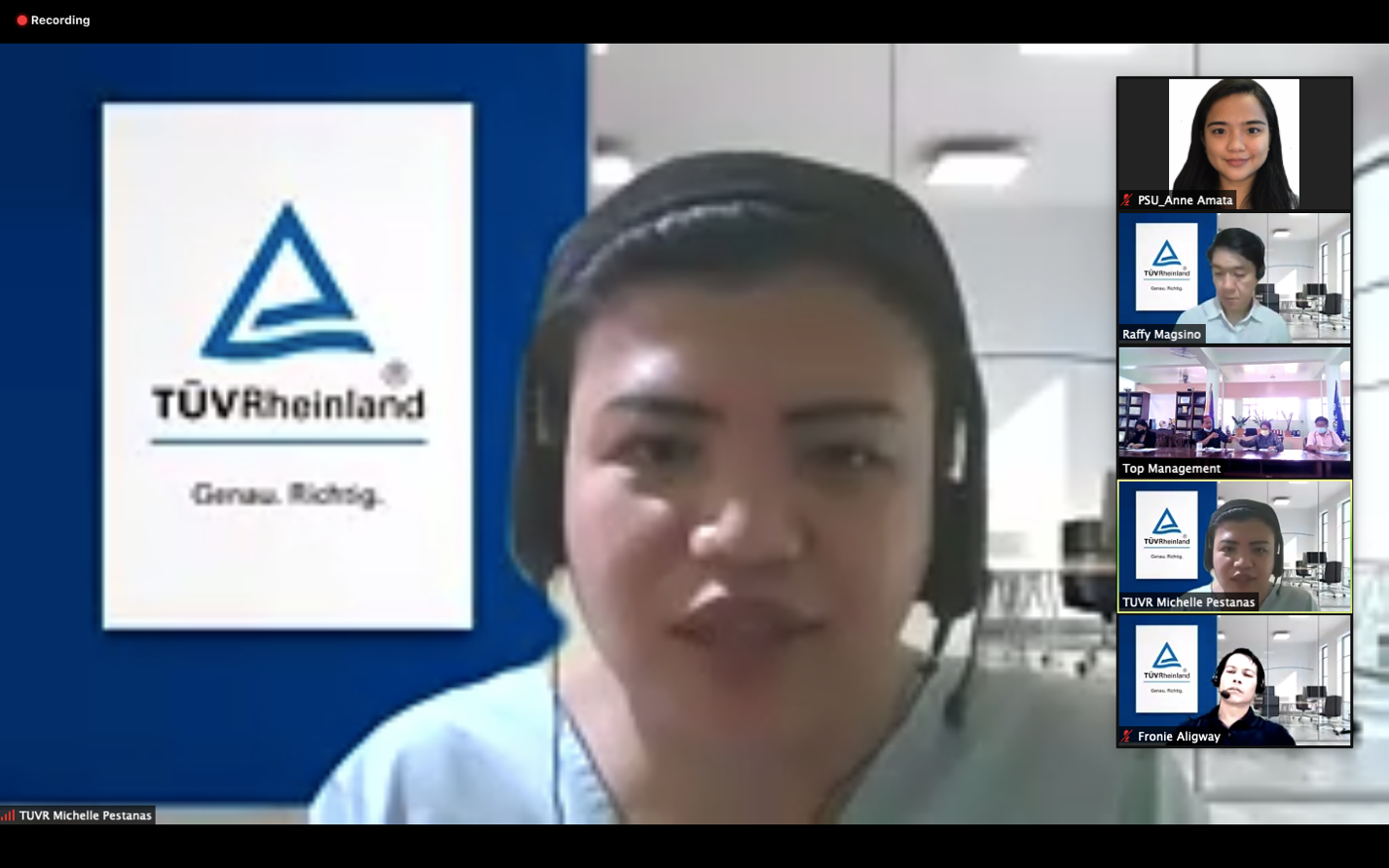 The auditors praised some of the best practices of the university—especially the changes/adjustment in the management system and implementation of projects amid the pandemic. An example of these practices is crafting the distance learning program of the National Service Training Program of PSU, which advocates home gardening to teach the value of planting to students while in community quarantine.

Another positive finding was the awarding of plaque of recognition to the university by the Accrediting Agency of Chartered Colleges and Universities in the Philippines (AACCUP) Inc. as Top1 SUC with high percentage of accredited program from 1992-2019.

There were some opportunities for improvement suggested, which did not affect the conclusion of the audit. According to TÜV Rheinland Philippines, “[PSU] has established and maintains an effective system to ensure compliance with its policy and objectives. The audit team confirms in line with the audit targets that the organization’s management system complies with, adequately maintains, the requirements of the standard.”

PSU had just undergone the ISO 9001:2015 second surveillance audit last December 2020, which the university also managed to pass with zero non-conformity. The next audit is scheduled for March 2022.